< Prev : Down Payment Assistance
What Is An Appraisal : Next > 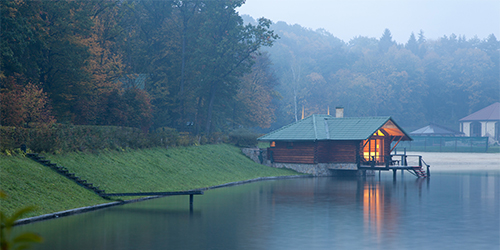 Despite the popular catchphrase, most people do enjoy living in homes with a direct view of rivers, oceans, or lakes. Virtually everyone desires neighborhoods with a low crime rate. Those living in metropolitan areas may desire easy access to subways, freeways, or city buses. Parents with children usually look for quality school systems near their area of residence. These are just a few of the concerns that people have regarding the location of places they're considering moving to, and it demonstrates the unarguable importance of location in real estate.

Here are several characteristics of the location of homes that you should always consider when seeking to buy a home, or purchase land.

Even though its importance is obviously recognizable, too many people fail to research official crime statistics prior to buying a home. Crime statistics are usually available online for public use, but you might have to contact police agencies directly for such information. Locations that are highly desirable or moderately acceptable to live in have low crime rates. Areas with high crime rates will almost always be undesirable places for living or selling real estate.

Neighborhoods with Pawn Shops, Payday Loan Agency and Liquor Stores can say a lot about a neighborhood. Believe it or not, some but not all areas with nearby Pawn Shops, Payday Loan Agency's and liquor stores often feature higher crime rates than those without. When visiting locations to evaluate their potential, thoroughly search for these types of business nearby the neighborhood you are reviewing. It could very well be a red flag or an indication of what the neighborhood has become or is becoming.

You can find tax rates by searching online for municipalities' resources online. If not listed online, you could always contact government agencies in locations of interest. Places that have well-established infrastructure, including smooth roads without potholes and effective water filtration systems, usually charge higher taxes than areas without. Conversely, areas that aren't as desirable to live in generally have lower city and county tax rates.

While tax rates are often solid indicators of a location characteristics, this isn't always the case. Utilize tax rate analysis along with the entire repertoire listed herein, and feel free to combine them with your own insights, for best results.

Find statistics regarding the average income for areas. If you're looking for homes to buy, living spaces near high-income areas will likely go up in value compared to areas not close to neighborhoods with lofty annual incomes. Areas that are close to run-down, poverty-stricken neighborhoods could be a red flag for a bad investments. The exception to this is when an older neighborhood is being revitalized and older homes are being renovated. This may be a very favorable indication of future favorable property values.

If you're looking for an affordable place to settle down, search for locales without high-dollar neighborhoods nearby. However, if your household brings home lots of disposable income, living in or around nice suburbs may very well bring satisfaction and security for your family.

Homes in close proximity to roads and highways are generally less favorable to live in as few people enjoy constantly hearing thick throngs of traffic. Look at nearby maps to gauge homes' location in relativity to roadways. Further, actually visit these areas and gauge how busy nearby roads are as avenues that appear small on maps might actually be full of traffic. If you're looking for a place to live and can stand hearing, seeing, and driving through traffic, homes that are within earshot or eyesight of major roadways are likely to be significantly cheaper than other areas.

What Is An Appraisal : Next >